As a freelance musician I work at the moment at the NNO (North Netherlands Orchestra), the Noordpool Orkest and from the formation in 1986 I am a solo cellist of the NPhO (New Philharmonic Orchestra).

After more than 25 years of orchestral experiences my knowledge of the orchestral repertoire of the Baroque, Classical and Romantic periods and of the Modern repertoire is very extensive.

A highlight of my orchestral experiences was playing in the Orkest van het Oosten during the America Tour, during which we had performances in Carnegie Hall (New York) and in the Boston Symphony Hall. Playing continuos in Bach’s Mattheus Passion and Johannes Passion is one of my passions. In 2013 I was asked to play the continuo accompaniment of the Mattheus Passion, performed in the “Concertgebouw” in Amsterdam.

Not only in the field of classical music, but also of light music I have ample experience. Since the formation in 2009 I am a permanent cellist in the Noordpool Orkest, conducted by Reinout Douma. 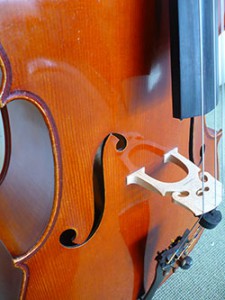 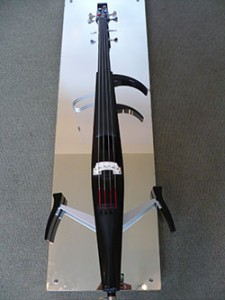 For a few years now I have formed a duo with pianist Nanke Flach. We perform concerts with the theme: “An unusual concert”. Besides music for cello and piano with classical works by Brahms, Grieg, Saint Saëns, Tchaikovsky, Bloch, Bruch and others we also play music for Lame Sonore (musical saw) and piano.

Tuition practice: the spearheads of teaching

I teach cello – and ensemble playing to cellists of all ages and all levels in Groningen and (on Mondays) in Leeuwarden. In those lessons I pay attention to all aspects needed for developing good playing techniques on the cello. I do not use just one method, but I make a methodical teaching programme, suitable for the musical level , the musical objectives and the age of each individual pupil.

From lesson one there is, next to learning a relaxed and natural posture, a lot of attention to playing in an ensemble. The aim is to get experience in playing together as much as possible during the lessons, so that it will be easier to move on to an orchestra or an ensemble.

On request it is possible to have ensemble lessons. Regularly I receive string trios, string quartets and duos cello/piano to have lessons in ensemble playing. It is also possible to practise in a rehearsal location.

For more information about tuition fees for cello – and ensemble playing in Groningen and Leeuwarden you can fill in the Contactformulier (Contact Form).