I started playing the cello at the age of nine. Between 1985 and 1992 I studied at the Conservatorium in Groningen. My teacher was mr. Ben de Ligt. I qualified in Teaching and Performing Musician (with an extra certificate for chamber music) in 1990 and 1992.

Orchestra biography in chronological order from then till now

During my studies at the Conservatorium in Groningen in the 1980’s chamber music formed an important part of my schooling. It was a specific extension of my master studies for Performing Musician.

My affinity with contemporary music, for which I followed private lessons with Taco Kooistra after my studies, has led to an intensive cooperation with f.i. the Prime Foundation, the soprano Marjanne Kweksilber and the composers Calliopa Tsoupaki and Ron Ford.

From the beginning I was closely involved with the ensemble Nova Zembla, founded in the summer of 1986. Their aim was performing compositions of young, up and coming composers like Chiel Meijering and Jacob ter Veldhuis. Characteristic for the ensemble were the alternating combinations of the wind section, the strings and the piano, which made it possible to play in small as well as in bigger instrumental combination. Nova Zembla offered a divers programme: from romantic to avant-garde. The artistic management in those days was in the hands of the young and promising Tjalling Wijnstra with whom I have cooperated until today with much pleasure.

In 1989 I performed, together with the Harmonieorkest of the Conservatorium in Groningen, the composition La Messe by Bernard van Beurden (1988), for mezzo-soprano, accordion, violoncello and harmony orchestra, with texts by Paul Verlaine.

In 1991 I performed Cyclofonie by the Dutch composer Hans Kox, a composition for cello and string ensemble, together with the Drents Symfonie Orkest and with the same orchestra we played Symphonic Variations by Boellmann.

In 2000 I was as a cellist part of the theatre performance “Boon zingt komkommer” (lit. Boon sings cucumber”) by Marijke Boon.

In the same year I played with the Dutch pop group De Kast. We performed the theatre production “Simmer 2000”. This performance was rewarded with a gold record. 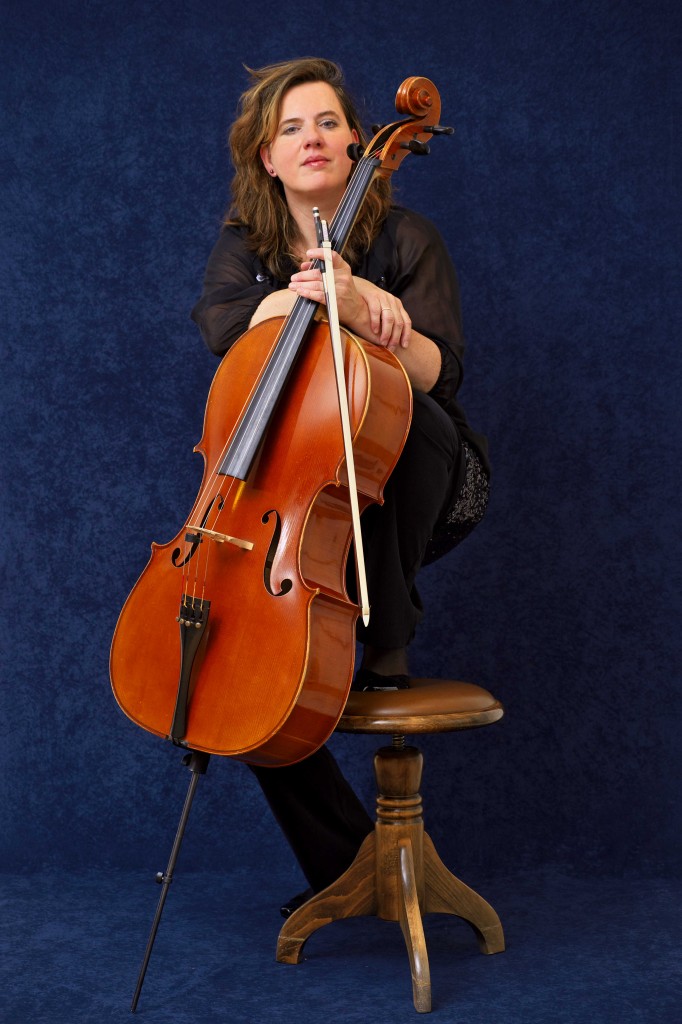